Saturday was my first tournament and what a day it turned out to be. I got the invite from the angler who was running the event and was glad to participate. The tournament was held in an urban area and this was new to me. The venue was to be Lake Calumet on the South Side of Chicago in Burnham IL. I had never been here before and once my entry was confirmed and I had a co-angler, we made plans to meet and do some pre-fishing since neither one of us had fished there before.

We got out only once but the fishing was great and the water quality was good as well. In some areas, the water had great visibility and seemed to be very clean for the area it was in. Although, the lake is connected via The Calumet River to Lake Michigan so it made sense that the water would be clear. I had heard bad things about Lake Calumet from other anglers and did not have high expectations however, I was pleasantly surprised at not only the launch but the fishing as well.

The tournament was leaving from the Waterfront Boat Ramp in Burham IL. This is a nice little place with friendly people who were willing to open up the bar area at 5:00am when all the anglers from the tournament arrived. We proceeded to splash the boats and get ready for the tournament meeting and last minute rules. We got ready to draw for our starting positions and my co-angler Rene drew boat number one. The was great seeing as though there were other anglers with much faster boats than mine. We launched on time and made our way down the river to the locks before Lake Calumet. We got through the lock and it was game on. It took a little while but we developed a pattern quickly that would turn out to be extremely productive.

We found fish in shallow water and they were hitting hard. I have heard that the largemouth in this lake were very small but I did not find this to be true. We got almost exclusively largies and the biggest was 4lbs on the nose. We had a limit by 8:30 or so and by 9:30 culled 3 times. In the end we took second place to two very good local anglers Tyler Uteg and Ryan Whitacre. We had a 15.71 pound sack of largemouth and they had an impressive 18.33 pound bag of brown bass.

Was great to compete in this environment against some very good anglers and it felt good to develop a pattern quickly that produced pretty much all day for us. Even though in the end we fell just short, it was still great to get out and cover the entry fee. It was also great to find such a nice body of water that had the quality of fish that this one did. Hope to compete again soon and will be looking to enter in something else in the near future. Was also nice to meet another fishing partner for these events. Rene Luis, thanks for coming along. Had a great time!!!!

Here's a pic of the sack we came in with. 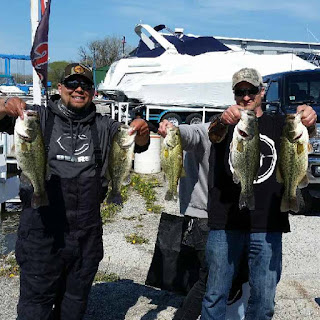 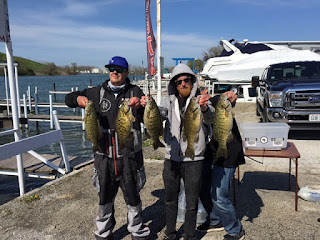 Posted by Unknown at 8:30 PM
Email ThisBlogThis!Share to TwitterShare to FacebookShare to Pinterest