Got up this morning and have to say, I did not feel like doing much. I began watching In-fishermen TV and was bored out of my mind but not feeling very motivated. I thought to myself, the dogs could probably use another run and maybe we could find some deer sheds so I begrudgingly got dressed and got out with the dogs seeking shed antler gold. Well, we did not get it!!!!! Hiked about 3.5 miles back into the woods and did not see a single antler. However, the dogs were very happy with me since I decided to get up off my rear and take them out again. They have not been too happy due to the lack of pheasant hunting over the past two weeks. 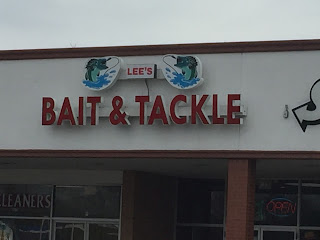 Got home and still not feeling very motivated I got a call from a buddy and he wanted to go fishing. Now, with it being 40 degrees out, I figured every other fishermen in the Chi Town area would have the same idea and areas to fish were limited due to there still being hard water over most places. I did know of one area that would be fishable for sure, that was the warm water discharge at Busse Lake. I was not too excited about this because again, with it being a weekend and 40 degrees, I thought the place would be a madhouse. Moreover, I had all of my fishing gear in my boat and I was not going to open the boat to get one or two little jigs out. He talked me into going. I knew of Lee's Bait and Tackle and gave them a call to ensure the place was open, and they were. We made our way over there and this was a very nice place. The lady was polite and helpful. I found all that I needed and saw some other things I may need for later in the year. I was hoping they would have a little ultra lite spinning combo for a reasonable price because I only have heavier gear. They had exactly what I was looking for. A nice little ultra lite spinning combo for 20 bucks. Wonderful!!!! We got some small ice fishing jigs and off to the warm water discharge ready for battle.


Getting there we saw about 8 cars in the lot and that is not too bad especially for a day like this. We proceeded to walk down the path and saw two other guys walking with fishing rods. Upon arrival, it did not look too bad!!! There were a few people fishing but we had plenty of room and area to fish. I put on an ice fishing spoon and got fishing immediately. First several casts, I got some little gills. It was awesome to be on the board for 2016 even if it was a few small gills. I did see some very nice bass cruising in the shallows but I have learned over the years, the ones you see are not the ones you catch. I kept fishing with the little spoon and caught about 10-15 gills. I then decided to change over to a little florescent yellow beetle spin type lure and first cast bam, a little large mouth. First bass of 2016!!!!! 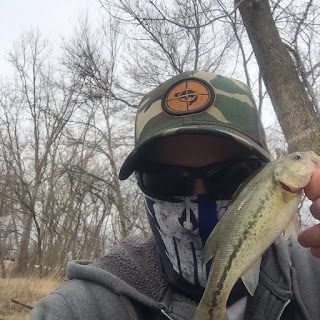 Now, I saw some much bigger bass and figured I would keep fishing. I did have some people now noticing that I caught several gills and now a little bass. So, I moved out further onto the warm water discharge away from the inlet. This is where everybody was congregating. I continued to cast and got another hit. This time a little bit better of a bass. Number 2 for the year!!!!! BOOM!!! Now I can't help but feeling like a little kid here. I was so excited and caught 2 bass that might have weighed a pound. But hey, who cares I was out and catching fish. 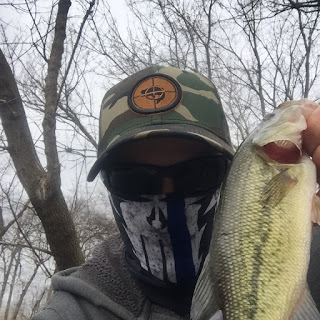 We checked out more of the area and I showed my friend the Arlington Pool, but that was a madhouse. There was not a place to fish on the entire pool and there were guys casting over each other. I figure better to come here on another day. We walked back toward the main dam area and my buddy got to try out his new rig. He got an Abu Garcia Veritas Rod with a Revo SX purchased at the fishing show. He made a few casts and everything was working great. He could not believe the sensitivity of this outfit. I also got to try my new polarized glasses and a face shield. I never used a face shield, but man, what a difference that made. It was not terribly cold, however, the wind was blowing pretty good. I was very comfortable with that thing on. My new glasses were made by a company from Louisiana called Blue Fin. They were great! I could see very clearly into the water and the biggest thing that I noticed was how comfortable they were. I had Strike King S11's previously and they were good but after fishing for a couple hours, they would start to hurt the side of my head. These were extremely comfortable. I am very happy with them and you can check them out on the web at Bluefineyewear.com 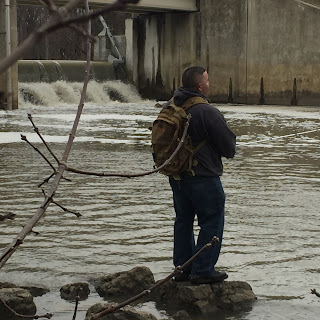 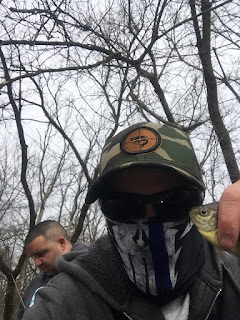 Overall, a great day to be out. Started the day out hunting for deer shed antlers and ended up with my first fish of 2016!!!! Don't forget to check out my youtube channel www.youtube.com/user/1080tommy1 and instagram at adventuresmidwest. Have a great Superbowl Sunday!!!!! 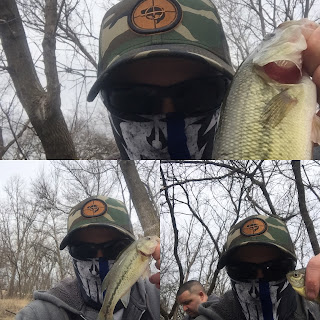 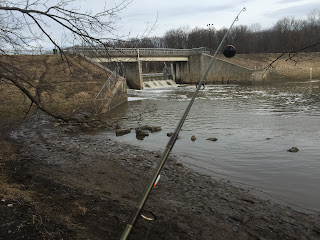 Posted by Unknown at 3:06 PM
Email ThisBlogThis!Share to TwitterShare to FacebookShare to Pinterest